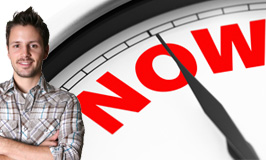 I’m a black woman who likes white men. Yes I said it. I’ve had a preference for white men since I was a young teen and first start noticing boys.

While I grew up in a predominantly black neighborhood, there was something about white men which just drew me in. Yes I found black men attractive (and still do), but everyone has their preference. And with me it just so happens that ‘opposites’ attract.

Like I said, I knew from very early on what I liked. I’m now 33. There were times when I was growing up however that people called my love for Caucasian men a phase. That it was just something I was going through, and that I would get over it eventually. Now deep down I knew this wasn’t the case, but for some reason I allowed myself to entertain this idea, and think there may be some truth to what these people were saying.

I actually went through a stage of my life where I went out of my way to not date a white man. I even let one guy go, a handsome guy called Phil who was temping at one of our offices. He clearly had a thing for me, and asked me out the day before his contract was up. I painfully said no, but really wanted to say yes and get to know him better. But I was determined to get over this ‘phase’ I was going through, and stubbornly stuck to the plan.

After a while of struggling with what I really wanted and my ongoing battle trying to suppress my true feelings, I was finally given the wake up call I needed. A friend of mine, one of the ones who said I’d be better off with a black guy, split up with her long term partner. They had been together since they were younger, but as they grew up had drifted apart.

Now I know this can happen to anyone regardless of race, but it made me see that life’s too short to deny what you really want. It also showed me that the people who would tell you that black women dating white guys is a phase don’t always know what they’re talking about. We’re all human, and we all need to find out own path. Whether that’s dating white guys, black guys, green guys or purple guys, you need to do what’s right for you and you alone.

So is dating white guys a phase? Well for me it wasn’t, and I became a lot more comfortable in myself when I finally learned to admit that. Furthermore, the couples in these videos are also proof BWWM dating isn’t just a phase.

If you’re wondering if you liking white men is a phase, ask yourself this: if no one else was around to judge me, who would my ideal man be like? If the man in question turns out to be Caucasian, then no, it’s not just a phase.

Our tastes tend to change and evolve as we grow up and discover what we really want, but if what you want right now is a white guy, then that’s what you should go for.

What do you think, is having a preference for white men just a phase? 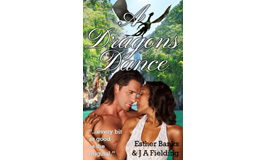